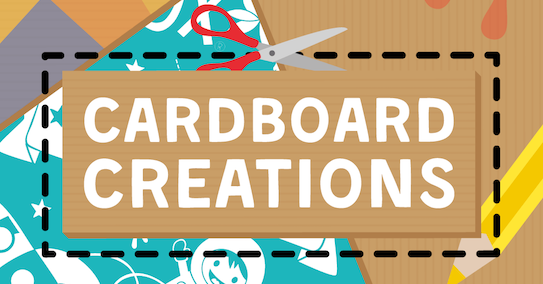 Because I love dinosaurs. What’s not to love? The idea of giant reptiles stomping across the earth millions of years before we were around. Their existence feels mystical and magical, and yet is an integral part of the story in the history of the earth. There will always be dinosaur toys in nearly every home. They’ll always be kids practicing their most fearsome roar, and having their minds blown when they see a full dino skeleton in a museum of Natural History. And coming to the realisation that Jeff Goldblum + animatronic dinosaurs = greatest film ever made.

So we came up with a really simple way to turn some cardboard into a pair of big, claw-y dinosaur feet! But before you turn yourself into a giant prehistoric lizard, brush up on a few fun dinosaur facts.

Dinosaur Facts For Kids that you can read to them

Did all the dinosaurs live at the same time?

When you’re watching videos of stegosauruses battle it out with a Tyrannosaurus Rex, it’s with a heavy sprinkling of movie magic in more ways than one. Dinosaurs lived on earth for over 165 million years. So the era of different dinosaurs happened many, many (many!) years apart. There are three main periods: the Triassic, Jurassic and Cretaceous. Stegosauruses lived towards the end of the Jurassic period, and the Tyrannosaurus lived during the Cretaceous period. There were 80 million years between the two. There’s less time between the rule of the T-Rex and us!

Did dinosaurs have feathers?

We know dinosaurs to have been big scale-y reptiles, usually in dark, camouflage-lending colours like browns and greens. But scientists have long been debating what the dinosaurs looked like. And whether or not they had feathers or a light fuzzy fur on their skin. Preserved feathers have been found on dinosaur fossils in China, confirming that dinosaurs did have feathers. But we still don’t know for sure which dinosaurs. ‘Theropods’ definitely did, and birds evolved from them. And the T-Rex was a theropod. Was he covered in feathers, though? The debate still goes on.

Were there flying dinosaurs?

Pterodactyl and pteranodons (silent ‘P’s’, hard to spell) soared through the skies during the late Triassic and Cretaceous periods. They lived around the same time as dinosaurs and went extinct at the same time. But they’re not technically dinosaurs. The species of reptile is called ‘Pterosaurs’. So if we’re being fussy, there were no flying dinosaurs.

What does ‘Dinosaur’ mean?

The term was coined by a British palaeontologist, Richard Owen, in 1842. It means ‘terrible lizard’, and was used to describe their mega size. Not their scary-looking teeth. Apparently.

Yep. That one was easy.

Interestingly, no dinosaur egg is thought to have been more that two feet wide. For a Titanosaur, the biggest dinosaur that lived, that’s a pretty small egg for its size. 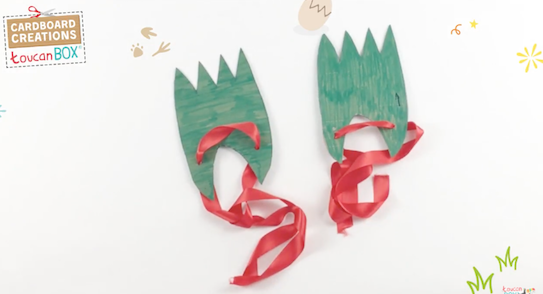 How to do the cardboard dinosaur feet

1 Draw two identical dinosaur feet. Remember to add big sharp claws! Make a curve where your ankle will sit. Cut them out.

2 Colour in the templates.

3 On each foot make a hole with a sharp pencil. It needs to be big enough to thread your ribbon through.

4 Thread a length of ribbon through each foot.

5 Slip your feet under the ribbon and tie a knot around you heel. Start your dinosaur stomp!