To celebrate World Book Day on 7th March, we asked some members of the toucanBox team to get a little nostalgic and share their memories of childhood books. So if you’re not sure what to do with your £1 voucher this year, maybe Hiep, Rachael and Fiona can help you make up your mind. 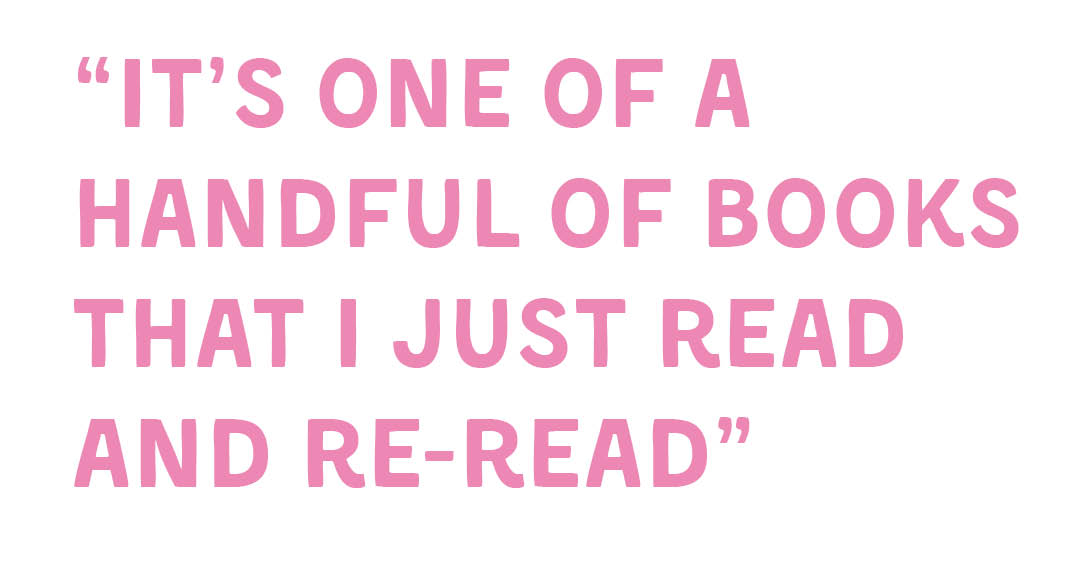 “The Little Prince is one of my favourite books, full stop. It just happens to also be a children’s book. I have distinct memories of enjoying it as a child, then as a teenager, and now as an adult. It’s one of just a handful of books that I just read and re-read. It’s got everything: romance, adventure and really cute illustrations. Every time you read it, at a different age, you notice something new and meaningful about it. It taught me to be open-minded, and to look at things from various perspectives.” 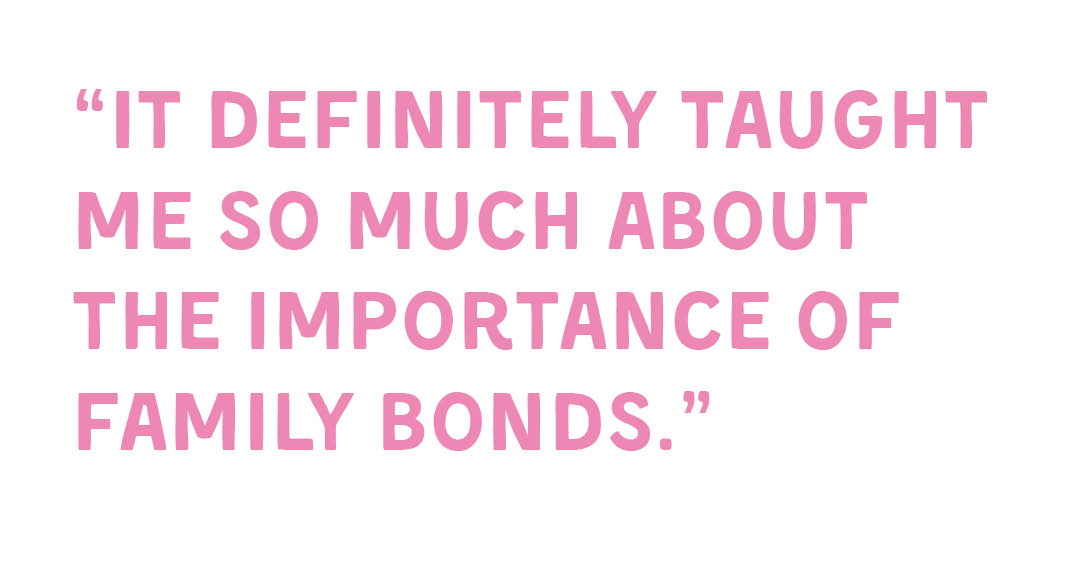 Now, full disclosure: each Toucanoo was asked to pick one book - the absolute favourite from their childhood. No one said it would be an easy task, but none seemed to find it harder than dear old (sorry, young) Fiona Bompard. Once those gates opened, there was little anyone could do close them again. So, unable to whittle it down to one title, Fiona went on her own epic adventure through her childhood to share some of her absolute favourites. And it was so adorable I couldn’t even edit them down. Well, I took one out, but that was it. So here’s a brief history of her childhood, via all quite fantastic reads.

“I must have read all of the books in the series between the ages of seven and nine. I’d go to the same bench nearly every recess and read Alice. I was cool like that.

“Alice is a teenager, which for a seven-year-old was cool already. But there’s more. She solved mysterious cases with her perfect friends. She was smart and loveable and totally fearless. And she swam better that Michael Phelps. I was totally in love with her. It taught me that you can be 16, ignore curfews and take the law into your own hands. Which is not advice I would definitely pass down. Though it also teach me that a girl can lead a detective gang. That one was important.”

Fiona then picked: The Secret Island by Enid Blyton

“I read this 18 years ago, around the same time I was reading Harry Potter. I’m obsessed with Harry Potter. And despite that, I still remember The Secret Island fondly. If it wasn’t eclipsed by the magic of Hogwarts it must be great. In The Secret Island, a group of kids just go and live on an island on their own. They build houses, live in caverns, chill with their cow and learn to make wood baskets. They’re just out there living their best lives. If Alice didn’t teach me enough about ignoring rules, then this really pushed me over the edge. Get your independence as soon as possible. I’m starting to work out why I left home as soon as I turned 17.”

Not stopping, Fiona continued to pick: Noddy by Enid Blyton

“Before Harry, I had another love: Noddy. Or, as we called him in French, Oui Oui. They were the first real books that I read on my own, and I must have gone through the whole series. I guess that’s where my love of books came from. It gave me a real taste for reading, and led me on to longer, more complex books.

“Noddy was just so nice. He always tried to do the right thing, be helpful to others, own up and apologise for his mistakes. And that works out for him. He’s also just the coolest taxi driver. He would have had a flawless Uber rating.”

And then: A Series Of Unfortunate Events by Lemony Snicket

“Two years ago I found these books in some old boxes and it brought back so many memories. I can’t believe I’d almost forgotten about them before my rediscovery - they’re such heartfelt adventures. The four protagonists go though the toughest time, but they still retain such a beautiful sense of hope, and despite all the odds stacked against them, they still believe in family. The oldest sister is super strong, keeping all her siblings together, taking odd jobs, learning to cook and basically just being their mother when she herself is just a child. It definitely taught me so much about the importance of family bonds.”

Without being able to get a word in, Fiona continued with: The Babysitters’ Club by Ann M Martin

“This series of novels was a big hit with my friends. We used to exchange the books all the time. It was probably the first time that reading wasn’t an individual thing; it was social. We spoke a lot about the characters and their adventures.

“It touches upon a lot of different subjects that are important to young children and teenagers, and tackles a lot of problems young people might face but might not necessarily know how to deal with. One character is diabetic, then there are kids from big families and broken families, characters that move out and face life on their own. It teaches a lot about growing up and taking on responsibilities; they are babysitting kids, after all. Oh, and if this didn’t teach me about being an entrepreneur, nothing did. There were a few years where I had candy and chocolate hidden all over my room, just like one of the main characters (not the diabetic one; that would have been careless).” 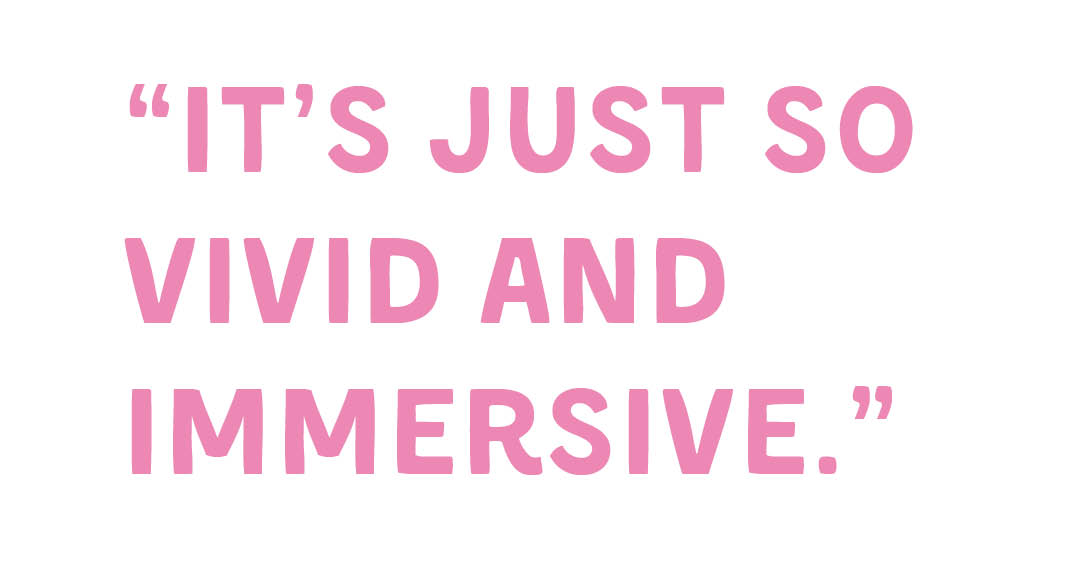 “It's one of the first books I remember helping me imagine what life was like for someone with a completely different life experience than mine. Also, knowing that it was based on the author's own experiences as a refugee made it seem especially 'real'. It's just so vivid and immersive. I can still remember and visualise so many things from the book incredibly clearly: the tense train ride out from Germany when the kids were obsessed with another passenger's bag, the older brother throwing apples at a girl he likes and Anna getting a page full of red pen corrections when she has to go to a French school for the first time. There are also subtle details that I missed as a child, but when I remember them now show the incredible strain the parents were under, like the mum's inability to knit anything not entirely tight and tangled.

“Later on, I went through a phase of reading books set in the past, and a lot of them could be pretty preachy and sentimental. I think this stands out not just because it's so descriptive and clearly written, but also because it gets you to really empathise with Anna rather than look patronisingly at her.”