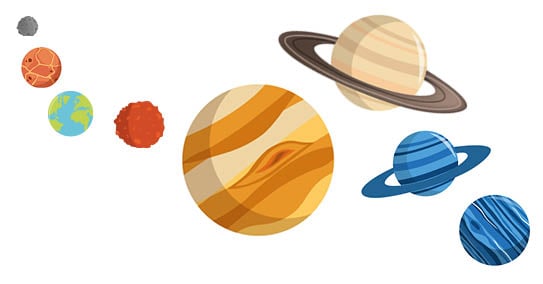 It’s easy to forget that we - on planet Earth - live on one tiny planet in a huge universe. Even when we begin to talk about planets with kids it’s a very difficult topic to comprehend. But learning about the solar system at a young age can really inspire astronomy as a passion, ignite imaginations and encourage a long-term fascination with outer space.

The natural inquisitiveness that children possess will spark eager research and discovery about our universe. Look up at the stars and the moon and see what questions they come up with.

We’ve come up with some great facts to kick-off an introduction to planets and the solar system. Plus, to fuel their imagination even further, we’ve made a couple of exciting space and planets activities for kids. That way they can create their own planets (once they know a bit more about the real ones) and then get creative by inventing their own aliens.

Planets and our solar system for kids

Next to the Earth there are seven other planets in our solar system, as well as many dwarf planets, moons, and of course, the Sun.

Wrapping your head around those numbers is tricky (if not impossible!) for even grown ups to do. So it can be a little difficult for preschool children and toddlers to conceptualise the solar system and the universe. It can be helpful then to explain through metaphors or comparisons. The famous astronomer Carl Sagan once said that there were more stars in our Universe than grains of sand on the Earth's beaches. This quote is sure to demonstrate, in a more practical way, the enormity of our universe and how small our little blue planet is!

Another fun, practical activity is stargazing! Stare straight into the solar system together and explain how the stars, just like our sun, are burning balls of gas. Stars can be millions of miles away from us but their light reaches us still. Point your finger at the night sky and play dot to dot with constellations. Making the solar system fun and tangible in this way helps to inspire a love of, and fascination with, space.

Engaging with subjects in a practical manner is a great learning method, as is reading and crafting! Read up on the planets of our solar system in our straighforward teaching planets guide and make exciting alien crafts to continue your space exploration… 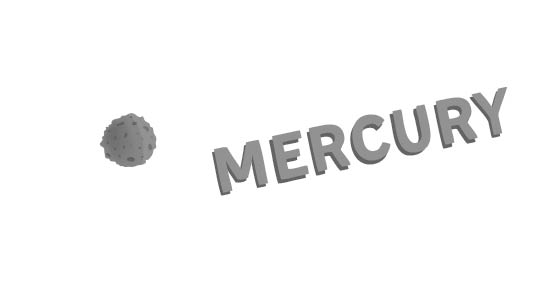 Mercury is the smallest planet and it is closest to the sun. Think of "mini Mercury" as a memory hook. It takes 59 Earth days to rotate once, and 88 Earth days to orbit the sun. This means that there are fewer than two days in one year on Mercury! So the days are so long that it's just impossible stay awake for a whole Mercury day. 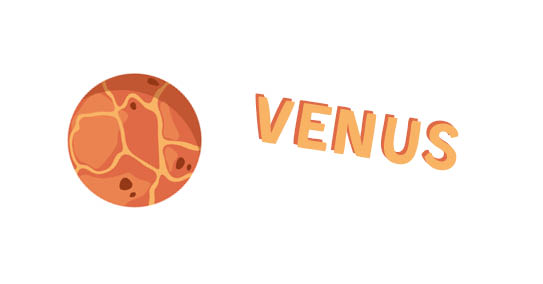 Venus spins in the opposite direction to all of the other planets in the solar system. And it is a slow spinner: To complete one rotation (day) it takes 243 Earth-days. Its surface is covered in volcanoes and it has more volcanoes than any other planet in the solar system. Even though the Venus has some similarities to the Earth, you will surely not want to live on the Venus: It's surface temperature can get hotter than 450 degrees C! That's just a tiny bit too hot for humans. 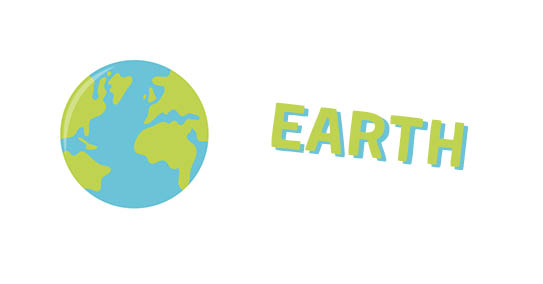 Our home planet! Earth is the only planet in our solar system that humans can live on. Did you know that three-quarters of the Earth is covered with water? We have one moon that is very important in controlling the tides of the sea. The Earth rotates once every 23 hours, 56 minutes (and a few seconds) and takes roughly 365 days to orbit once around the sun. 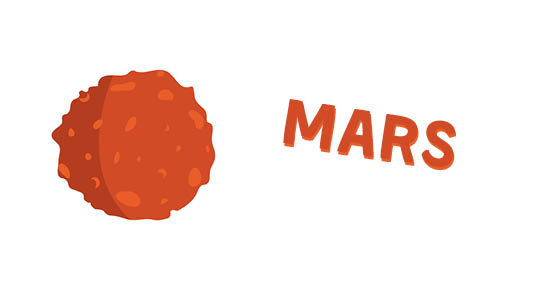 Mars is known as the ‘red planet’ because of its reddish appearance evolving from a rusting process of the minerals the surface is covered with. The tallest mountain in the solar system, Olympus Mons, is on Mars and it is 21km tall. It can get really cold on the Mars: Temperature drops of up to -150 degrees C makes the Mars unlivable for humans. 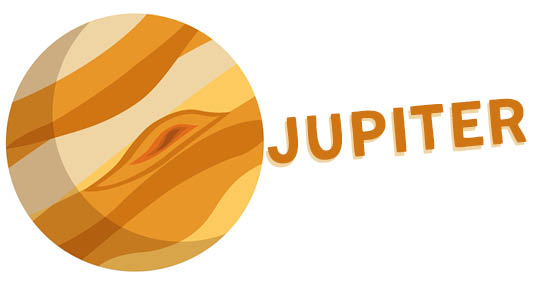 Jupiter is the largest planet in our solar system and it is so big that you could fit all of the other planets inside it! Over 300 mother Earths would fit into Jupiter alone. Jupiter is a gas planet constisting mainly of hydrogen and helium. This is actually similar to the structure of the sun. Jupiter has 62 moons and one of them, Ganymede, is the largest moon in the solar system. 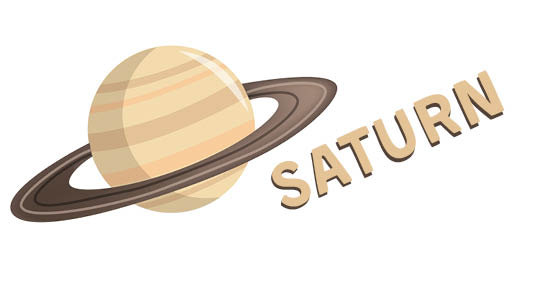 Saturn is the second biggest planet in the solar system but it is also the lightest as it is made almost entirely of gas (also hydrogen and helium). Saturn is very well known for its rings that circle around it. The rings are made up of chunks of rock and ice. Within Saturn's athmosphere we can find the strongest winds of all planets: It can get as fast as 1,800 kph! Imagine yourself flying a kite on Saturn - it will be blown away like a turbojet aircraft. 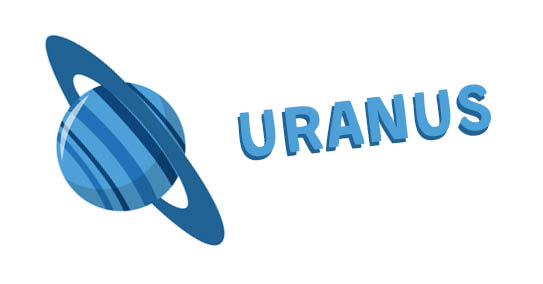 Uranus is the coldest planet in the solar system with a minimum temperature of -224°C. Together with Neptune it belongs to the ice giants. Unlike all of the other planets, Uranus spins on its side! Because of the sideways rotation Uranus' north pole has a pitchy-dark nighttime of 21 years then 42 years of day and night times followed by 21 years of daytime. Who would ever survive a dark Uranus winter? 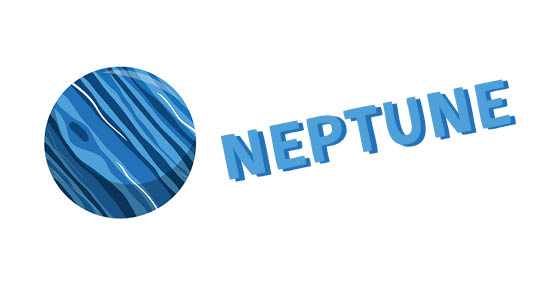 Neptune is the planet that is furthest away from the sun and consist of icy materials. One year in Neptune is 165 Earth years! Neptune is known for its bright blue colour and hence was named after the Roman god of the sea.

Invent your own planet or solar system - Planet activity for kids

Now you know some fascinating facts about the planets in our solar system, it’s time to invent your own planet! Just grab a piece of paper, discuss some possible answers to these questions, and then design your planet.

When you’ve decided on answers to these questions, draw the planet you’ve invented!

Some people believe that aliens could live on other planets. Do aliens live on the planet you’ve invented? If they do, what do they look like?

We’ve got an amazing alien craft for you to try so you can show what the creatures on your planet look like.

How to do the handprint aliens

1 Paint your hand with the poster paint. Paint as many or as few fingers as you’d like, depending on how many tentacles your alien has. 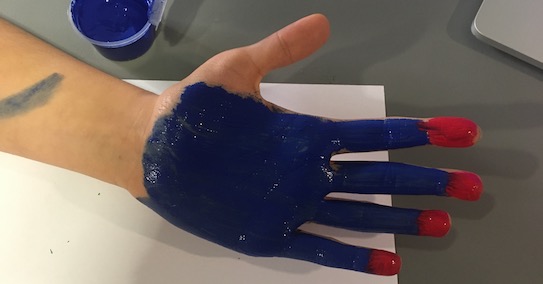 2 Print your hand onto the paper to make your alien’s body.

3 Stick on eyes and any other decorations. 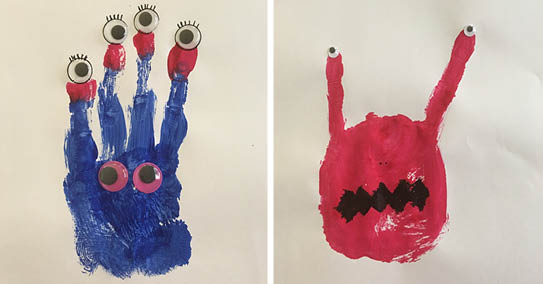 Will your aliens be friendly or scary?