Ten facts about polar bears that kids and grown ups will love to discover.

Polar bears are bright white, seal snacking, arctic explorers! These big bears are expert swimmers and snow strutters and look particularly shaggy and snuggly. They look adorable from a distance but are actually predators and not as cuddly as they appear! 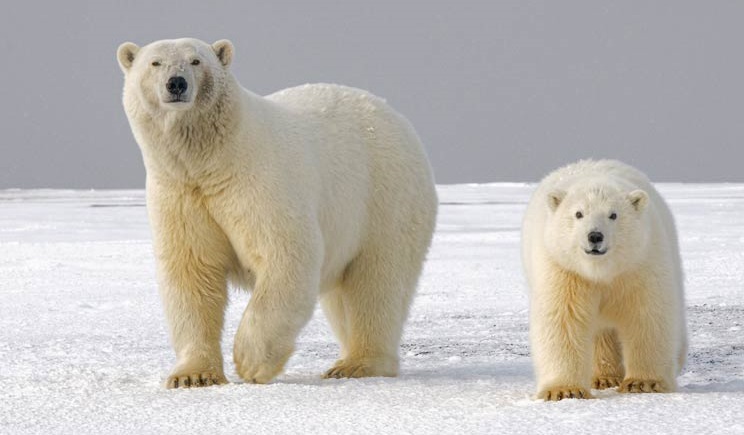 Fortunately polar bears and humans rarely come into contact. These bears live in the arctic circle and spend most of their time on the ice. They like hunting for seals or finding other polar bears to have bear cubs with.

There’s so much to learn about these brilliant bears! These ten fascinating facts are even cooler than the ice they live on!

We think of them as being bright white creatures that blend in with their snowy surrounding but they’re actually black beneath their fur! Polar bears only appear to be white because their coat is transparent and reflects the light. The polar bear skin is - believe it or not - actually black!

2. Polar bears weigh as much as a small car

How much does a polar bear weight? Polar bears are one of the largest bear species on the planet! An adult male polar bear can weigh up to 600 kilograms (and be up to 3 metres tall when standing on its hind legs)! That’s one big bear!

These arctic bears are born on land but will spend the majority of their lives on ice. They roam around on arctic ice looking for seals to eat. They hunt the seals by waiting beside holes in the ice where seals resurface for air. It makes sense for the bears to spend time on the ice because it’s where their favourite food is.

Yes. The ice that these bears call their home is melting away because of climate change. Rising sea temperatures are melting the icy habitat which makes them a vulnerable species. 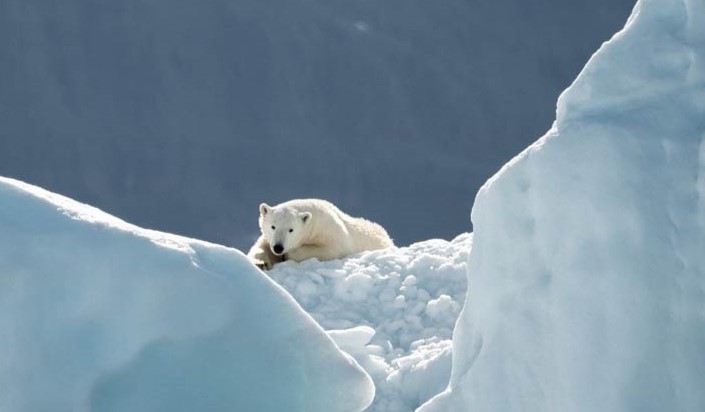 5. They are pro arctic amblers!

Polar bears are very good swimmers and they’re very good at walking too! They have HUGE paws that can be 30cm wide with bumpy footpads that help them to grip the icy floor. These big grippy paws mean that they can travel up 3,000 kilometers per month and have home ranges bigger than the state of California!

They’ve got big appetites too! Their stomachs can hold 10-20% of their body weight and the average bear can consume 2kg of fat in one day! This is why seals make up the majority of their diet. Seals make a particularly energy-rich meal and provide the bear with plenty of fat which helps to keep them warm in cold temperatures.

Baby polar bears are called cubs. Cubs are born in snow dens made by their mothers. The mother digs into snow drifts to create a safe and snug space to give birth. The mother will rest and keep warm in the den during the harsh Arctic winters and wait for the birth of her cubs. 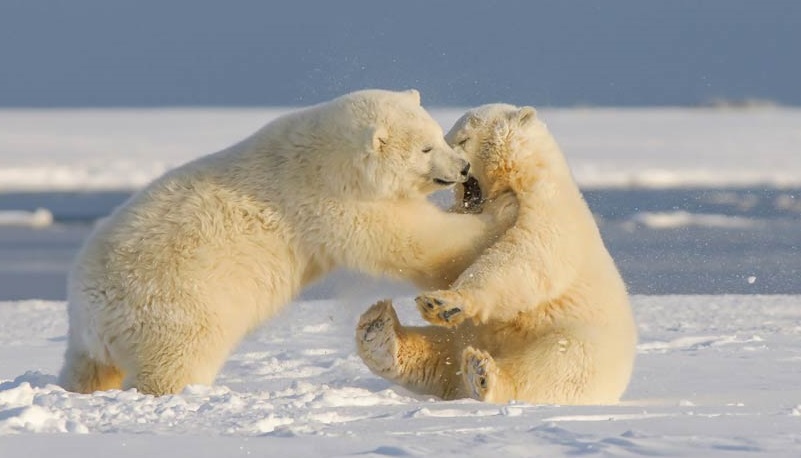 A polar bear mum will usually spend about two months in the den before her cubs are born. Once her babies are born they will grow quickly but won’t venture into the outside world until about three months later. They will begin with short trips and eventually leave the den when they are used to the freezing temperatures outside and have learned how to live and hunt on the ice. 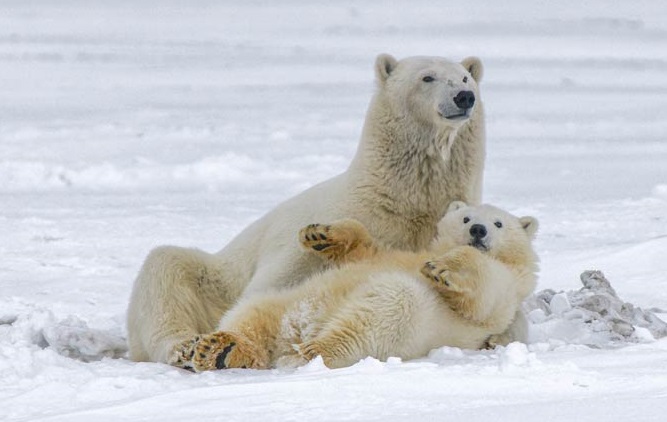 9. Pizzly bear hybrids are on the rise

They spend so much of their time on the ice of the Arctic Ocean that they are considered to be marine mammals. They are the only bear to classify as a marine mammal. Just another way in which they are wonderfully unique! 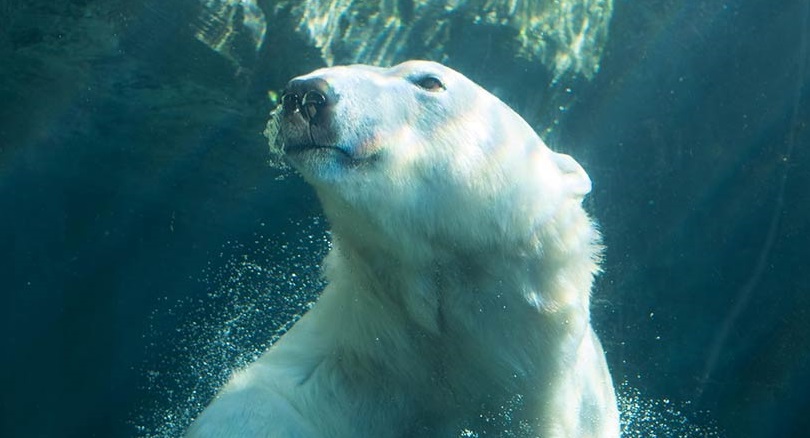 Polar bears are amazing creatures whose survival is threatened by the climate crisis. We can all do our bit to tackle climate change and help to preserve amazing arctic wildlife like the polar bear. If you want to see where these amazing creatures roam then you can check out this super cool polar bear tracker! It’s great for seeing where they are roaming and for reading up on special bear.

If you love polar bears you’ll love our free arctic animal crafts! Or get the Iceberg Bobbing Walrus and Penguin Snowglobe in your toucanBox, plus educational magazine and sticker sheet, for just £5.95!