They may look slippery, but we’ve pinned down 15 ssscintillating facts about fassscinating snakes. Learn how heavy a boa constrictor is, how fast the black mamba runs and how the hognose snake digs.

1. If snakes could walk, they would stand tall 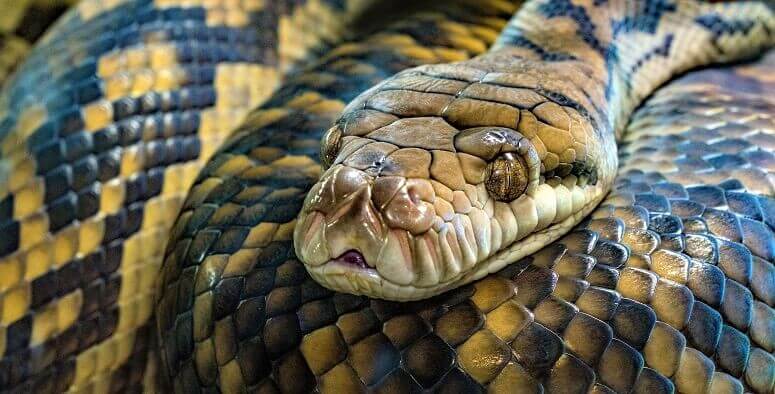 Snakes have no teeth. This means they can’t bite or tear their food to pieces and must swallow it whole. Venomous snakes like the king cobra and black mamba inject venom through their fangs to kill their prey first. The boa constrictor squeezes its victim in its powerful coils but sometimes swallows its food alive. If you love snakes as much as we do, get “hands-on” with them and create a salt dough snake like we did.

The black mamba’s name refers to its mouth which is a deep, inky black. At 3.5 metres long, it’s the second longest venomous snake. And don’t try running away! It’s the fastest snake on land, capable of racing at nearly 20 km/h with one third of its body raised in the air, ready to strike. A snakebite from the black mamba is very dangerous.

Male adder snakes are territorial and have a dancing competition to decide who gets to mate. They wrestle by twisting around one another and try to press each other to the ground. In some countries, snake charmers play music to ‘charm’ snakes to dance. Read about dancing animals in The Animal Boogie book. 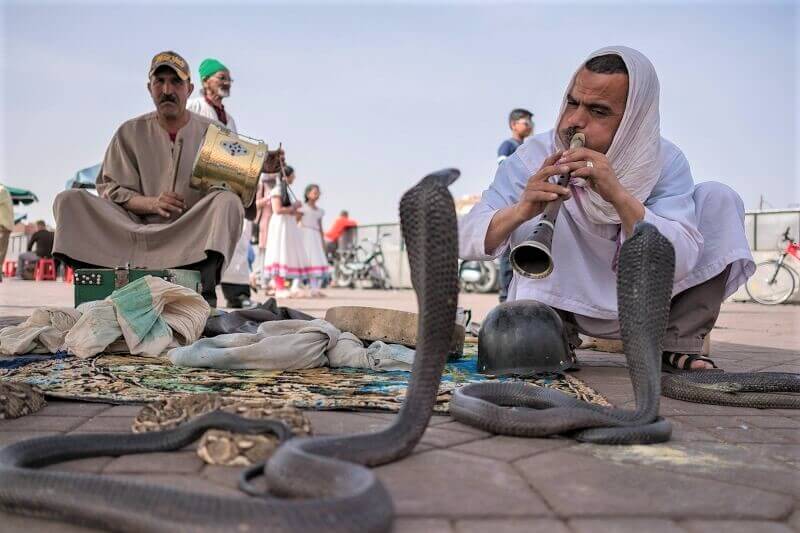 5. Not all snakes are scary

Lots of snakes including corn snakes, grass snakes, hognose snakes, and pythons can be friendly. Some people even have them as pets but that’s not fair on the snake. No captive environment can compare to their wild habitat. As many are endangered, why not adopt a snake at a zoo or safari park instead?

6. Snakes get scared too

To scare away threats, some snakes raise the front of their body and flatten their neck ribs outwards to form a hood. They also show their fangs and hiss loudly. Rattlesnakes have special muscles to vibrate the ‘rattle’ at the end of their tails to make a loud rattling noise.

7. Some turn into balls to protect themselves

Please don’t kick these balls! Ball pythons curl into a tight ball when they’re frightened, with their head and neck tucked away in the middle. Because they spend most of their time underground, ball pythons have poor eyesight but a great sense of smell. They can even see the heat that animals around them emit. This ability to see heat is called ‘infrared radiation’. 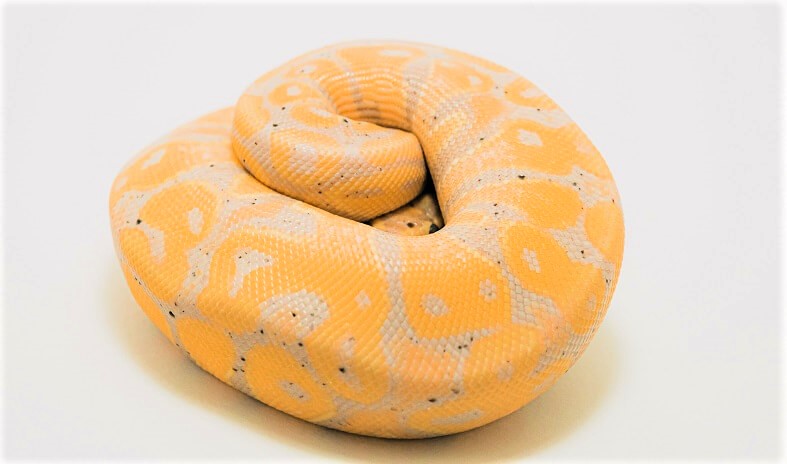 The biggest venomous snake in the world is the king cobra, which feeds on other snakes and lizards. All snakes need a good rest after eating to allow their meal to go down. After a large dinner, the king cobra doesn’t have to eat again for months.

Snakes are reptiles, like crocodiles, lizards, and turtles. Reptiles cannot make heat inside their body and have to sunbathe to keep warm. Snakes sleep through winter, or hibernate, to conserve energy. In the spring they can spend months basking in the sunshine to get warm.

Sea snakes are born and live most of their life in water. They’re excellent swimmers. Many land snakes can also swim. Some, like the grass snake, take a dip in the heat of the summer to cool off. 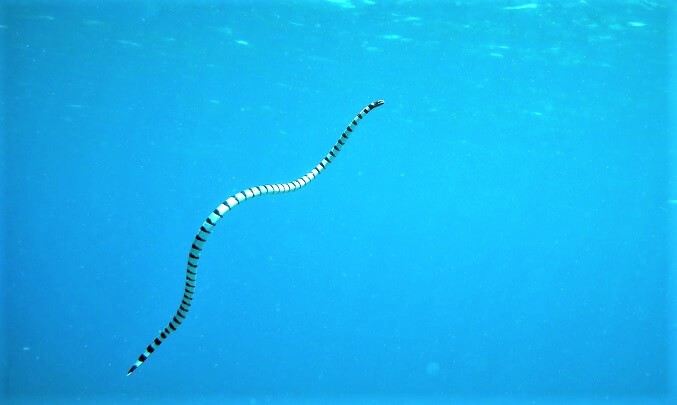 11. Snakes often snooze the day away

Many types of snakes are nocturnal and hide during the day. Milk snakes and corn snakes like the cool and dark of cow barns, which are often full of rats. So, they’re like snake restaurants. People once thought that milk snakes sucked on cow udders, but this isn’t true.

Hog is another name for pig. Like a pig, the hognose snake uses its funny upturned nose to dig around in the soil.

All snakes have amazing senses which they use to hunt. They can sense tiny vibrations on the ground to detect movement 100 metres away. They flick out their forked tongues to help them taste and smell the air. 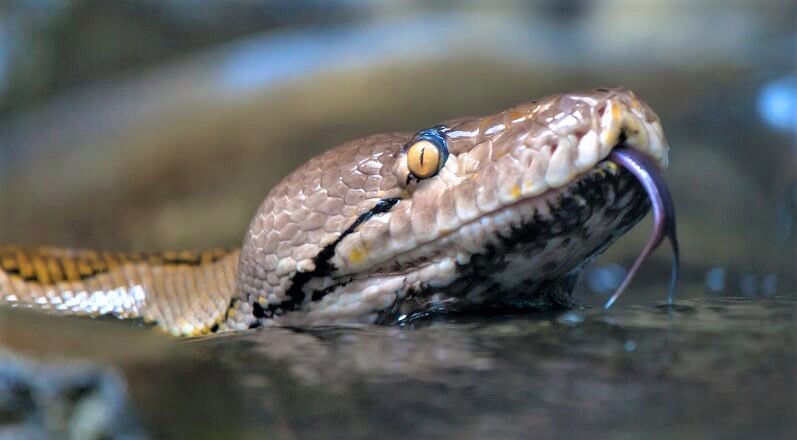 Snakes are covered in thousands of tiny scales, which make up many different patterns. As they grow bigger, they shed their skin and emerge with a new, roomier one. Imagine being able to step out of your skin as if it were a pair of pyjamas? Watch this beautiful snake reveal its brand-new green outfit.

Some snakes are bright white, but white snakes are very rare in the wild. Most are albinos or leucistics (they have no colour in their skin but do have black eyes) and are especially bred for their white colour. Do you love colours? Play with primary colours in the Little Artist toucanBox!

These super slitherers are critically important in balancing the food web. They also provide a valuable service to us by eating pests. Sadly, snakes are at risk from habitat destruction, disease, climate change, and even pets like cats. Humans are less likely to help snakes because we don’t find them cute and cuddly, but there’s lots we can do to help our slithery friends!