They slide down slopes, doze all day and have “pirate” eye patches. Pandas are probably the cutest bears in the world, but how much do you really know about these tubby teddies? Do they really eat only bamboo and are all pandas black and white? Read on to discover fascinating and funny panda facts about the world’s favourite bears, including what’s so special about their “thumbs” and why they do handstands. 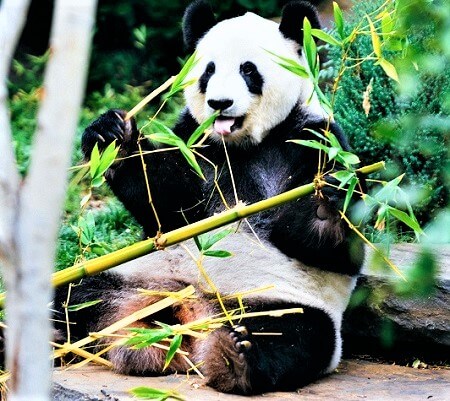 They’re gorgeous balls of fur but sit around all day and can be a little boring! So, why do most people find these beasts so adorable? Scientists believe it’s because they look like human babies with big, round heads and soft, roly-poly bodies. They also need a lot of help to survive, so we want to mother each and every cute panda.

2 There is more than one type of panda

The famous black and white bears from China are giant pandas. Yet there’s another cute panda that deserves your love: The red panda is about the size of a cat and lives in the high Eastern Himalaya mountains. It has red-brown fur and a long, shaggy tail, so it looks a bit like a teddy dressed up as a squirrel. Like the giant panda, it eats bamboo and waddles.

3 Giant and red pandas are not cousins

Although they’re both furry cuties, they are not part of the same animal family. The giant panda belongs to the Ursidae group and the red panda has its own unique family, called Ailuridae. The red panda is the only real panda! The giant panda was discovered later and is in fact a bear. But because both animals have similar faces and love bamboo, they were both called panda. 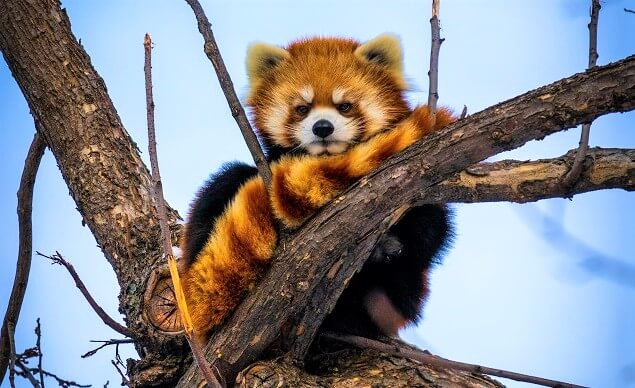 Pandas are born looking like naked, pink slugs and weigh just 100 grams. These baby bears are blind and completely helpless! After 2 weeks they start growing hair and their eyes open at 3 weeks. At 3 months old they start walking, and at 6 months they can eat bamboo and play. The bears are fully-grown when they are 2 years old.

5 The panda diet is rather dull

If these bears ate at restaurants the menu would be very boring: Bamboo, bamboo, and more bamboo! The average giant panda eats around 9 - 20 kilograms of bamboo shoots and leaves a day and spends 10 - 16 hours eating. Very occasionally, it treats itself to a small rodent for pudding. Red pandas also snack on fruit, insects, and bird eggs. Bamboo splinters can’t hurt pandas because they have a special armour in their windpipe and stomach to protect them. 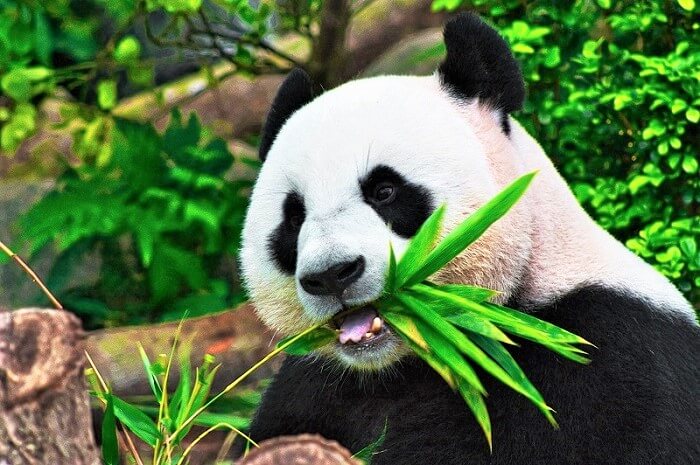 They are usually rather quiet, but that doesn’t mean they can’t speak when they want to. Pandas bleat a bit like sheep and can also squeak, growl, and bark. You can listen to different panda voices here. What could they be saying?

7 They’re not that lazy!

They might look like they lounge around all day munching bamboo, but pandas are also excellent climbers. Cubs clamber up trees when they’re just six months old. They can also swim (but they can’t do Kung Fu like in the movies). Other bears hibernate during the cold months, but not pandas. So, they’re not as lazy as you might think! 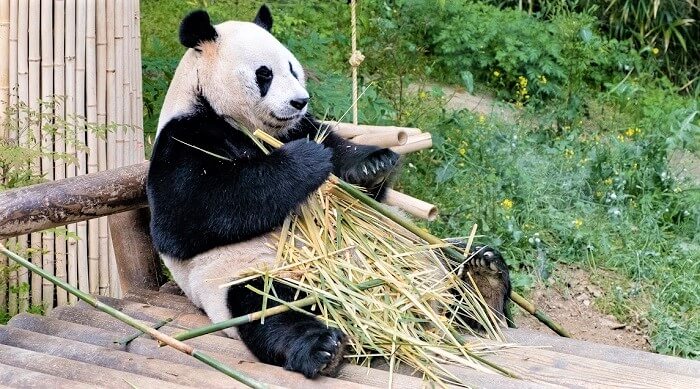 8 Giant pandas can wee upside down!

They can’t build fences around their homes like we do, so pandas wee to mark the boundary of their territory. They have a cute panda habit: They climb a tree backwards, moving their hind legs up until they’re doing a handstand! This lets them wee higher up so that the scent spreads further. Don’t try this at home!

9 Their eyes are different to normal bears

Giant pandas have cat-like eyes, which is very unusual for a bear! Instead of round pupils, they have vertical slits, just like felines, which let them see better at night. They are short-sighted, so would need glasses if they ever had to read a book.

10 They have special hands

If you watch a video of pandas eating, you’ll see that they hold their food with what looks like a thumb. This isn’t actually a thumb but an extra-long wrist bone that sits opposite their five fingers. This bone allows their paws to work more like hands, gripping and expertly manoeuvring delicate bamboo stalks. 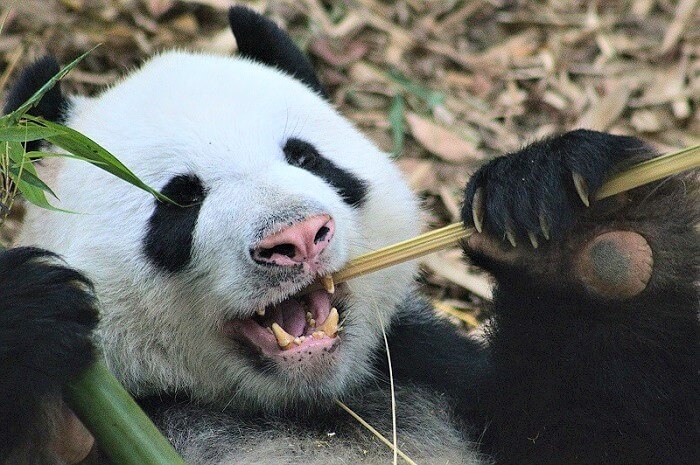 No! An adult panda can weigh more than 150 kilograms and can be 1.5 meters long from top to bottom. Imagine a teddy that’s nearly as long as your bed and weighs as much as three 13-year-old boys! Also, they bite and can poo 40 times a day. Imagine the cleaning up! It’s a much better idea to watch them here in China on this live cam.

Although giant pandas have no predators and are adored by humans, they’re still not safe from us and the species has been declared vulnerable. Today, there are only around 1,800 giant pandas left in the wild. As the human population grows, the panda habitat is destroyed. The red panda is critically endangered, so it’s even more at risk of extinction.

Let’s help these adorable bears by preserving their wild world! If we don’t, they will only exist in zoos. The Chinese government has re-created vital panda habitats where farming fields have been left to grow back as forest. There are now 13 panda nature reserves.

Celebrate pandas and do treat yourself to a healthy snack with these “beary” tasty sandwiches!